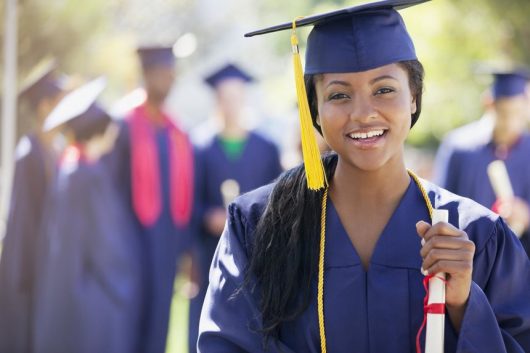 When they became aware that the African Center for Competitive Intelligence and Intelligence (ACCI) was being create, in the summer of 2015, only a few specialists understood the strategic issues which would arise. While some expected to find a sounding board of mainstream schools of thought, the Center emancipated itself by drawing an African trajectory.
This exclusive interview with the Ecofin Agency tells of its last shift.
Founder of Knowdys Consulting Group (KCG) and President of the African Center for Competitive Intelligence (ACCI), Guy Gweth has been in charge of the “Doing Business in Africa” ​​program at Centrale Supelec since 2012 and has been a professor of due diligence at L’Ecole Supérieure de Gestion (ESG) in Paris since 2013. Mr Gweth is also Head of the MBA course entitled “Competitive Intelligence and African Markets” at ESG and the Central University of Tunis. Further, has taught at: L’Ecole de Guerre Paris Economic; the Institute of Advanced National Defence Studies; the University of Reims; and the BGFI Business School in Libreville. Regularly interviewed by the international media, he is one of the operational experts most followed by the international investment community interested in the African continent. He is the author of several books including “70 chronicles of economic war”.

Ecofin Agency: You have just unveiled 35 short and specialised courses which come after the launch of the MBA course entitled “Competitive Intelligence and African Markets”, in France and Tunisia. Why are there so many courses in as many formats?  Guy Gweth: Competitive intelligence (CI) allows us to defend, attack and influence. Although there are fundamental principles which are at the core of competitive intelligence, in terms of security, no warrior would try to defend Rome or Athens in the same way that he would defend Abuja or Bamako. The same goes for business sectors. No matter how talented, the best generalist in CI cannot deliver the same message, at the same time, to an audience made up of customs officers, large retailers and the pharmaceutical industry. Their realities and constraints are too different to be amalgamated. With the Knowdys Database, it took us 10 years to monitor, collect, analyse, methodically extract the needs of each of our targets, and test the proposed solutions; in order to be able to respond in a surgical manner, through 35 courses. It is also worth noting that since 2007, the Knowdys Database has been able to monitor 12 key economic sectors in Africa 24 hours a day, 7 days a week. These sectors are: food, insurance, aeronautics, automotive, energy, banking, construction, defence, education, pharmaceuticals, raw materials, and telecoms.

In Africa, there is seemingly an urgent need for senior executives and independent professionals to participate in training and to prepare for the economic struggle. As such, what is the main added value of KCG programs?

We feel the same urgency and the same relief within public and private administrations which are the most exposed to international competition. You probably already know that in Asia, the United States, as well as in Europe, the pioneers of competitive intelligence had designed long

programs to train competitive intelligence experts, which were applicable to those environments and able to influence the rest of the world. Coming out of these schools, we have plucked up the courage to select the best parts and adapt them to African contexts, to establish our priorities and to set our own goals by listening attentively to our States, our companies and some organisations that we have been supporting for over 10 years. In our programs, candidates are first taught about a doctrine of asymmetric confrontation from weak to strong; then they are taught about the most effective methods and tools; and finally, they have access to a network of experts and receive written feedback. Backed by the African standards of competitive intelligence and adhering to the strictest quality standards, the courses we deliver are recognised by the CI community. In addition to the skills, each course is worth a certain number of credits, whose sum can enable one to, ultimately, obtain the corresponding diploma.

In addition to the MBA and short courses, you recently established the African Competitive Intelligence Day and appointed a ACCI Club Coordinator in high schools and colleges. So is CI not a matter for discrete specialists?

It was Richter who once recalled that “discretion, this heroic virtue, requires, to be exercised, the strength of a more matured reason That is exactly what we are striving for. I dream of the day when EI will be taught, from Primary school to University, on the same level as Geography or Mathematics. It is from this perspective that we have established the African Economic Intelligence Day, which is on the 3rd of August each year, starting from 2018. Unlike the speeches and other statements of intent which have become so common in our time, we hold the surest, fastest, and most discreet way to make up for the huge delay we have in economic, industrial and scientific development. Knowing the field as well as we do, we know from experience that it is easier to go through children to reach adults and change mentalities. That is to say, if our approach is strategic. We have chosen the Togolese Beaugrain Doumongue to promote this action in high schools and colleges. We believe that, given the reality of the market, it would be a monumental error to wait on policy makers to initiate the action; they will get on board once the ball is already rolling. In the meantime, I truly hope that young Africans, whether or not they are entrepreneurs, will have understood that ignorance is not an excuse, and that discovery and knowledge bring freedom