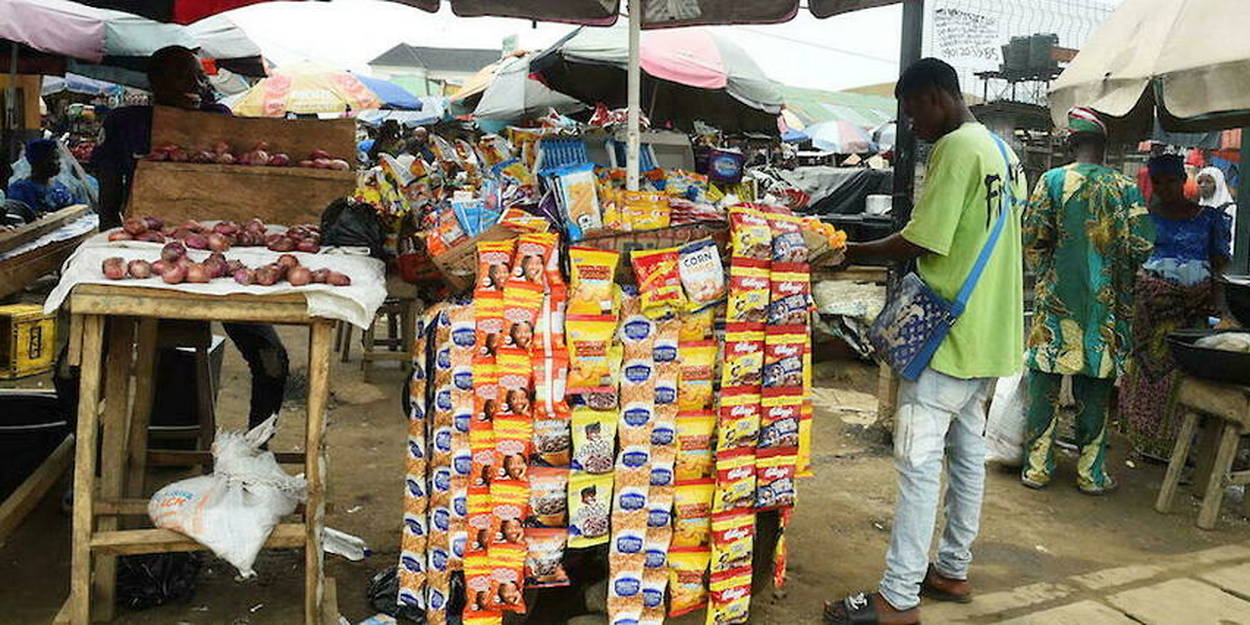 In addition to galloping double-digit inflation and a severely shaken economy, Nigeria has to deal with a plummeting currency.

Alarming. The latest update from the Nigerian National Bureau of Statistics shows inflation at its highest level ever. It has accelerated to 19.6 percent in Africa’s largest economy, up from 18.6 percent in June 2022. This is the highest level in 17 years! It should be noted that Nigeria has been hit hard by the coronavirus pandemic, which has pushed up prices in 2021 by 17%, particularly food prices, pushing another 6 million Nigerians into poverty. The country is now suffering from the fallout of the war in Ukraine and a much-criticized economic policy: in 2022, the World Bank predicts 15.5% inflation and 1 million more poor people. In all, the number of people living in extreme poverty is expected to reach 95.1 million, or nearly one out of every two Nigerians, according to its projections.

The country has also not benefited from the increase in oil prices in recent months, due to the long-standing mismanagement of this vital sector.

Nigeria’s monetary policy committee may raise its key interest rate at a third meeting on September 27, 2022. Governor Godwin Emefiele said in July that if inflation continues to accelerate at an aggressive pace, it will tighten monetary policy further.

A country caught between rising prices and a devalued currency

Nigeria’s import-dependent economy is experiencing inflationary pressures due to soaring commodity prices, supply shortages and a currency devalued to record levels against the dollar. The naira has lost more than 30 per cent of its value in seven months. This prompted the Senate to summon Godwin Emefiele to explain the “rapid” depreciation of the Nigerian currency.

In this period of severe economic turmoil, Nigerians, strangled by the cost of living, have had to adapt and find solutions. They now buy their basic necessities in small quantities, packed in tiny plastic bags, to be consumed within a day. The big brands behind this “sakétization of the economy” see it as an “innovation”, allowing access to consumption for all Nigerians, the majority of whom survive from day to day. For others, it is an economic and ecological aberration. In the streets of Lagos, the vibrant economic capital of Africa’s most populous country, bags are now part of the scenery: they color its streets, coloring the thousands of wooden and metal stores that are everywhere.

The pouches really hit the Nigerian market in the early 2010s, with brands offering consumers products in smaller quantities to entice them to try new products, says a former marketing manager for a European food giant in Nigeria. But in 2016, as the country fell into recession for the first time after oil prices plummeted, consumers began flocking to the format. Since then, the economic situation has not improved much. According to several accounts, inflation is so high, that even sanitary napkins are now sold individually.

The cash-strapped government is looking for ways to do this, and is currently trying to implement a 5 per cent tax on mobile services. Since April, Africa’s largest producer of crude oil has been spending more on debt servicing than it has been earning. The Nigerian government’s budget is also heavily burdened by massive subsidies on the price of gasoline.

But Nigeria has one of the lowest tax-to-GDP ratios in the world, at 6 percent in 2019, according to the Organization for Economic Cooperation and Development. The government generated 1.63 billion naira (or $3.8 billion) in revenue in the four months through April, compared with 1.94 billion naira in debt service payments for the period.

Finance Minister Zainab Ahmed announced the implementation of the tax, which has been delayed since last year. The proposal is the subject of a tug of war with Communications Minister Isa Pantami, who has asked the government to reconsider the tax on the grounds that it could slow the expansion of one of the country’s fastest growing sectors. Not far away, Ghana, also facing a fiscal crisis, introduced a 1.5 per cent e-tax in May to raise government revenue and reduce its budget deficit. Operators are already finding that the tax has slowed mobile money revenues.