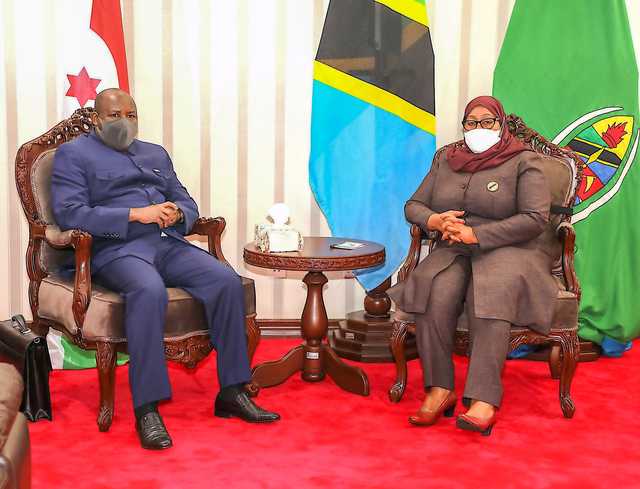 Burundi, currently under European Union sanctions over its human and political rights record, is asking its East African neighbours to help unlock its economic development potential.

Burundian President Evariste Ndayishimiye toured Tanzania on a three-day state visit to strengthen trade and investment. This was just three months after Tanzanian President Samia Suluhu paid a state visit to Burundi, resulting in several new infrastructure projects, including the construction of roads, and a renewed focus on the mining sector.

During last week’s visit, the two countries signed multi-billion-dollar infrastructure projects, among them the construction of the standard gauge railway that will connect three countries up to the Democratic Republic of Congo, but whose financing is yet to be finalised.

The EU placed sanctions on some Burundian politicians and state officials and froze government financing in 2015, after a political crisis that followed former president Pierre Nkurunziza’s decision to seek a controversial third term. The ensuing violence left at least 1,200 people dead and 400,000 others had to flee the country.

The EU froze €432 million ($514 million) worth of funding and Belgium blocked disbursement of €60 million ($70 million) to Burundi, which depended on foreign aid for most of its budget.

On October 29, 2020, the Council of the European Union extended the sanctions to December 2021.